Ductless AC vs. central air conditioning systems for your home.

If you’re looking to get a new AC system, there are many things to consider. You’ll want to make sure you choose the best type of equipment for your home and budget. And since different types of units offer varying benefits, you’ll want to know what each option offers.

When considering replacing their current unit, the most common question is whether to go with central air conditioning or ductless mini split systems. The choice depends on how much space you have in your house and where you’d like to place your AC unit.

Central air conditioning requires a large opening in the wall near your furnace or boiler. This allows warm air to flow throughout your entire home. However, because central air tends to cost more upfront, it’s important to remember that you won’t benefit from it unless you live somewhere that gets hot during the summer months.

On the other hand, ductless mini-splits are less expensive and require far fewer holes in the walls. They work by blowing cold air directly into the rooms where it’s needed. Because they operate independently, you can install multiple units in different areas of your house without running long lines of piping.

But even though ductless mini splits are smaller and cheaper, they aren’t necessarily better than central air. Some people find that they cause problems for certain homes. For example, if you have a lot of open spaces in your house, you could feel too chilly in winter and too stuffy in summer.

So while both options have pros and cons, a good rule of thumb is to pay attention to the size of your home and the amount of square footage dedicated to living quarters. Then, use our guide to help determine which solution works best for you.

So What is a Ductless System Anyways?

A ductless system consists of two parts: a condensing unit that sits outdoors and a fan coil unit that sits within your home. Inside the home, there is another part called the air handler. This is where the cooling process occurs, and the cooled air is distributed throughout the home. There are three types of ductless systems: whole house, mini splits, and split systems.

The most common type of ductless system is a whole-house system. These use one compressor and one fan coil unit per room. As the name implies, the whole house system covers the entire house.

This type of system is ideal for smaller homes because each room has its dedicated unit. Mini-splits come in single-zone and multi-zone versions. Single-zone models work well for small spaces such as bathrooms and bedrooms. Multi-zone models allow you to run multiple fans simultaneously.

These systems are great for large houses because they offer even distribution of conditioned air across multiple zones. Split systems usually include a master controller and a remote control panel.

How to Decide Which One is Right for You

Do You Have Existing Ductwork?

If you have existing ductwork, you’ll probably want to keep using it. However, installing a ductless system may be a better option if you don’t have any ductwork.

There will also be much less mess during installation. All you need is a 3-inch hole in the wall to connect the ductless unit to the outside. No dirty ducts or pipes running across the ceiling.

You won’t have to worry about leaks, either. Because there are no ducts, there’s nothing to leak out of. And since the units are installed directly inside the walls, there’s no risk of water damage.

Will You Mind Looking at Your Air Conditioner?

A central air conditioning system is one of those things that many people don’t think much about. After all, it just cools down your home – what could be wrong with that? Here are a few things you might want to know about central systems.

When you’re indoors, a centralized AC is invisible. This makes it hard to tell whether it’s working properly. And while most modern units come with remote controls, older ones often require manual operation.

Even though the manufacturers go through a great deal of trouble to make the box as attractive as possible, there is always something to see. For example, look closely at the vents on your current system. They tend to be large and bulky. On the other hand, ductless systems require a vent in the ceiling or a small unit on the wall. These can be quite elegant and unobtrusive.

A central system may work best for you if you’re very particular about how your home looks. However, these homeowners found some creative ways of hiding their ductless system.

What Size is Your Home?

Most plain ductless systems won’t have enough power to keep your home comfortable. But there are exceptions. A small house might require a smaller unit. And a big one could use a bigger one.

If you’re looking to install a ductless heating/cooling system, here’s what size you need to be based on your home’s square footage.

• Smaller homes usually require smaller units. You want a unit that has about 3,000 BTUs per hour. This will provide adequate heat for most rooms.

• Medium-sized homes typically need medium-sized units. They range from 5,000 to 8,000 BTUs per hour.

Are You Sensitive to Noise?

If noise matters to you, it might be worth asking your HVAC contractor about the sound levels of different heating and cooling equipment types. Ductless Gilbert air conditioning units are less noisy than central air systems, while heat pumps are usually much noisier than traditional gas furnaces. 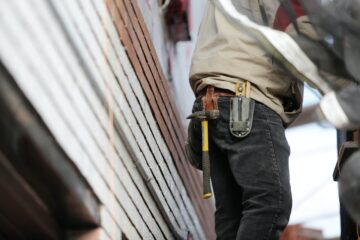 A properly functioning furnace is critical for maintaining a comfortable home environment during the colder months. However, like any other equipment, furnaces can experience wear and tear over time and may require repairs. You are Read more… 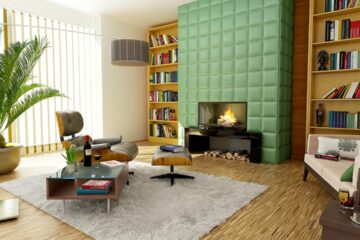 The Most Common Furnace Repairs and How to Prevent Them

As winter approaches, it’s important to ensure your furnace is in good working order. Furnace repairs can be costly and time-consuming, but many can be prevented with regular maintenance and attention to any unusual sounds Read more…